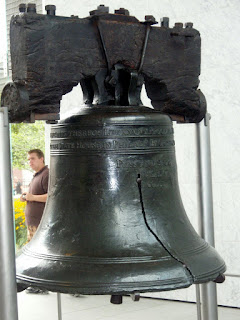 I’ve just returned from Philadelphia, my first time in the city. Sure, I’ve driven through there a few times. In fact, being back on I-95 caused me to reminisce the last drive on those roads back in 2005. Just after 4th of July and a bike wreck that left my hip looking like a car hit it, I was driving an 18 foot Penske, with most of my belongings, being followed by my baby brother driving my car full of dogs on my move from Providence, RI back to Mobile, AL.

So yeah, I’d been in Philadelphia before, but just passing through. The view from I-95 doesn’t do the city justice. I imagined a rusty, aged city, by the sites along the interstate. What I found was a clean, beautiful and friendly city, with magnificent architecture and a character all its own. 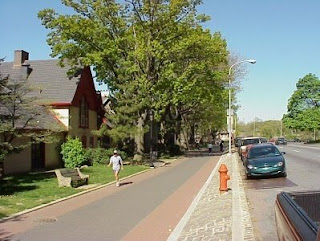 The day I arrived I checked into the Downtown Marriott and quickly changed into my running shoes for my favorite way to explore a new city – on foot. I was given running directions up Benjamin Franklin Parkway, through several parks, past the Museum of Art and onto a dedicated greenway, which runs along the river and up past Boathouse Row. Gorgeous weather matched the run.

Since I was there for a conference I was limited on time after this day. I did make time to see the Liberty Bell in person and to wander downtown, taking in the intricate detail in the building architecture. City Hall is truly amazing, the largest city hall in all of the United States. If you go, you must not miss the opportunity to walk through the Reading Terminal Market, the coolest farmer’s market you ever did see!

My three day tour was capped off with a trip to the Philadelphia Theatre to see The Second City performing: Nutterly Love: Funny as Bell, obvious plays on Mayor Nutter and the aforementioned tourist attraction. It was quite hilarious, though if you are from Philly, I imagine it was a full-on gut buster. Since we had front row seats I actually got pulled into the action, and ended up leading my side of the audience in the first few lines of: America the Beautiful.

Walking back to the hotel that night, we were rounding City Hall, only to see Jack Nicholson and Paul Rudd filming scene for their next movie. Being from a small town, it was pretty fun for me to look through a window and see Jack sitting there in a suit, delivering what we were told is the longest speech for Jack in any movie thus far.

While the Philly airport could use some tips from Hartsfield (ATL) on shuttling passengers between terminals, it was a neat trip. And thanks to United for canceling my flight and then re-routing me to a direct flight home on US Air, getting me in an hour ahead of my original schedule!

I am happy to check Philadelphia off the travel list, and add it to the list of places I’d go again. And as always, it’s great to be back home in Knoxville. Familiarity has a “ring” all its own.